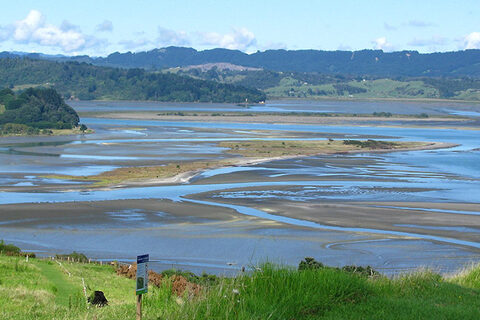 Whangakopikopiko, Tern Island, is a 15 Hectare Wildlife Refuge Reserve administered by the Department of Conservation and looked after by the Ohiwa Reserves Care Group who service traps and poison bait stations to control predators.

It is an important bird roosting and breeding area for shore birds with a breeding population of Fernbirds, NZ Dotterels, Variable oystercatchers and Black back gulls. From time to time White-fronted terns and Red-billed and Black-billed gulls also breed here. It is an important high tide roosting area for Bar-tailed godwits 2000 to 3000 of which occupy the harbour during the summer months. Other visitors to the island are Pied stilts, Whimbrels, Pukekos, Wekas and occasional vagrants such as a pair of Glossy ibis.

A stand of the rare Thornton kanuka at the west end is being lost into the sea as a result of rapid erosion along the northern shore but planting in 2010 by a local school is helping to maintain the stand area.

The island can be accessed by foot at low tide from Ohiwa Harbour road or by boat at high tide.

Red and Black billed gulls nesting on East end of island'
Royal spoon bills and shags roost on west end of island
Fern birds, Matata, are commonly heard and seen
Juvenile Variable oystercatchers. Oystercatchers breed on the island
NZ Dotterels nest on the island
An important roosting area for the Bar-tailed godwits
In recent years erosion on the northern coast has taken many kanuka trees and areas of coastal rushes
Erosion on northern shore
Erosion on northern shore 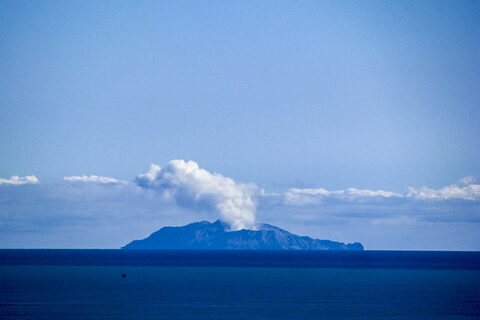 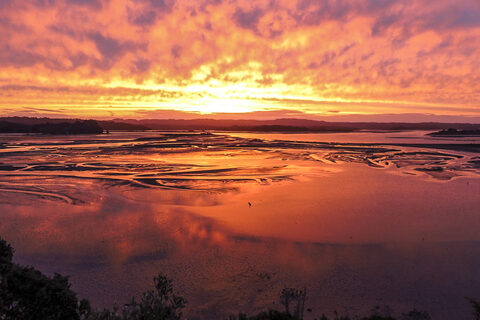