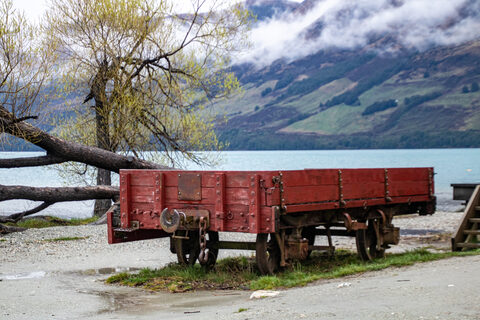 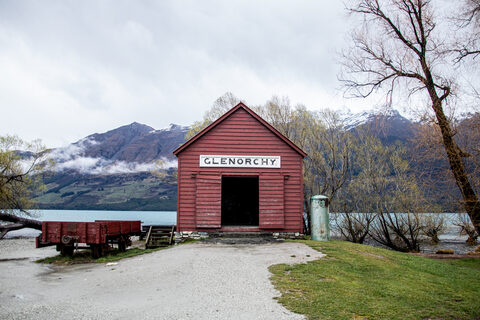 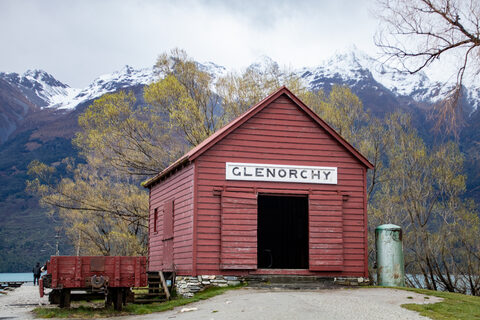 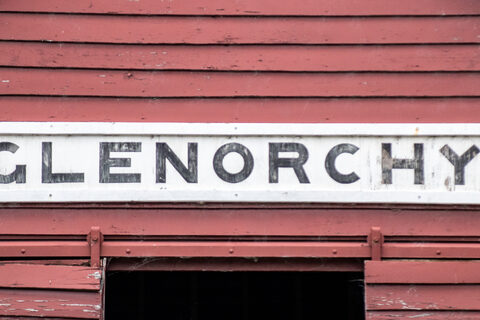 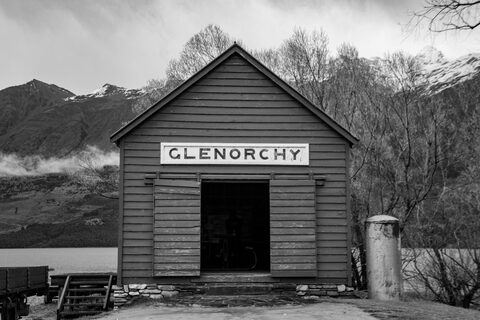 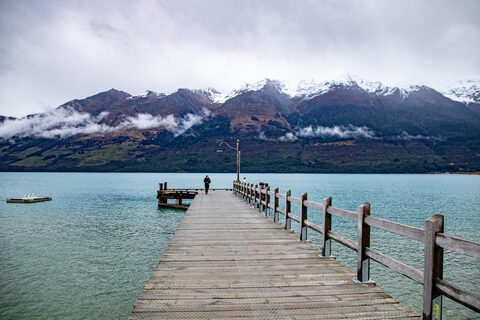 The shed was rebuilt in November 1999 after floods damaged the original building.

The shed was originally built for the New Zealand Railways Department as a goods shed for freight carried on the steamers between Queenstown and Glenorchy.

As the steamers were owned by NZ Railways, Glenorchy was officially a railway station and the rails that run from the end of the wharf to the shed were the shortest piece of railway in New Zealand. 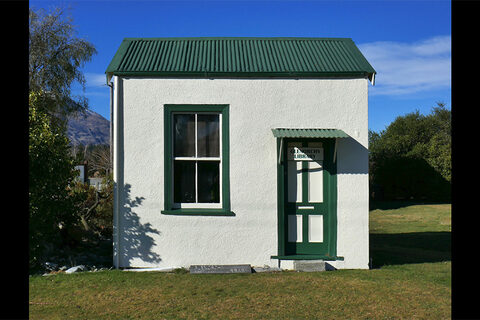 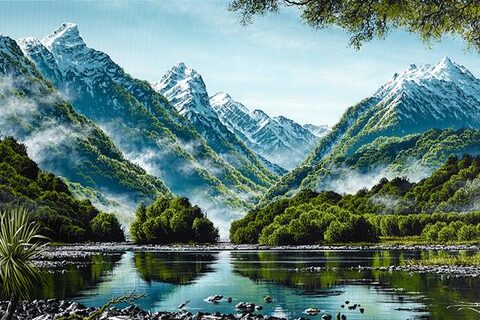