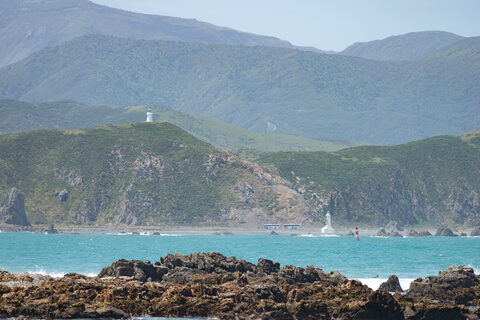 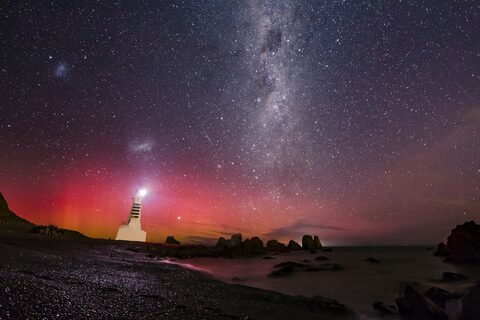 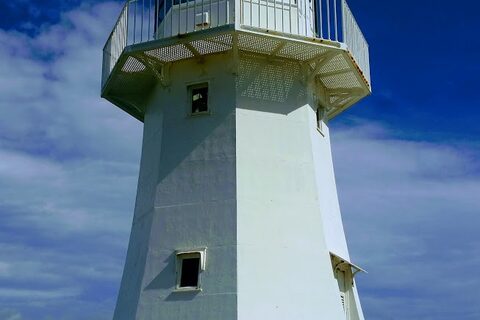 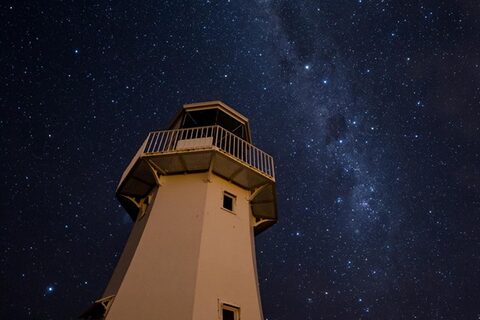 Image: with thanks to Glen Butler Night & Light Photography

New Zealand's first permanent lighthouse, once run by NZ's only woman lighthouse-keeper. The cast iron tower, made in England, was erected on Pencarrow Head at the entrance to Wellington Harbour in 1859. You can view it from the outside if you take a narrow track off the Pencarrow Coast Road. There are information plaques on the way up to the lighthouse which provide a breather. Click Here for a quick view of the hill and information boards.

Until 2001 Pencarrow lighthouse enjoyed the distinction of being our first permanent light and the only one to have had a female keeper. That year it gained another when pranksters transformed it into a facsimile of children’s character Mr Blobby by painting three sides purple and yellow. Its owner, the former Historic Places Trust, was not amused.

That would not have happened in Mary Jane Bennett’s day. For some time the Wellington Provincial Council had been paying the Bennetts, George and Mary, to set a light for ships in their Pencarrow cottage. There was nothing fancy about it. ‘The house is neither wind nor waterproof’, George complained. 'The stove is of very little use. I have been four days without being able to boil the kettle inside or out.’ Next year a visitor reported that in heavy gales the house ‘rocked and shook so much as to frighten the keep[er] and his family out of it, who in that case took refuge in a sort of cave or cabin, which he had scooped out of the side of the hill’.

Clearly, something better was needed. Back in 1854 a select committee had recommended permanent lights for Pencarrow, Manukau Head and Stephens Island, but it was four years before an English foundry shipped out the cast-iron tower (neatly boxed up in 480 packages). Workmen sweated away erecting it atop the cliffs on the eastern side of Wellington Harbour. By the time the light was exhibited on 1 January 1859, George was long dead, leaving Mary as keeper. She got £125 per annum, including firewood. Her assistant, William Lyall, may have been a less than helping hand, for in 1860 he complained to the Marine Department that ‘a woman could not possibly be left as various accidents might occur that she could not meet without the help of a Man’.

Pencarrow was described as ‘being of the second order catadioptric, with eclipses at intervals of two minutes, situated 420 ft above sea level, and visible in ordinary weather at a distance of 30 miles’. Other permanent lights followed quickly: Boulder Bank (Nelson) in 1862, Taiaroa Head (Otago), Dog Island (Foveaux Strait) and Tiri Tiri Island (Hauraki Gulf), all 1865, Somes Island (Wellington Harbour) in 1866, Farewell Spit, Cape Campbell and Nugget Point, all 1870, and so on. From 1862 the Chief Marine Board (soon merged into the Marine Department) directed the programme. Even so, New Zealand’s coasts remained dangerous, as costly wrecks showed: HMS Orpheus, lost on the Manukau Bar in 1863 (189 casualties), the Tararua, wrecked off Waipapa Point in 1881 (131 drowned) and the Wairarapa, wrecked on Great Barrier Island in 1894 (125 lost).

Because low cloud frequently obscured the old light, a new tower was installed at sea level in 1906. The old light was replaced by an automated light atop nearby Baring Head in 1935. By then few ships were being lost on our better-lit and better­-surveyed coasts. 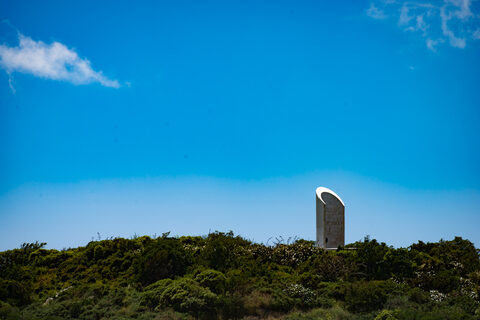 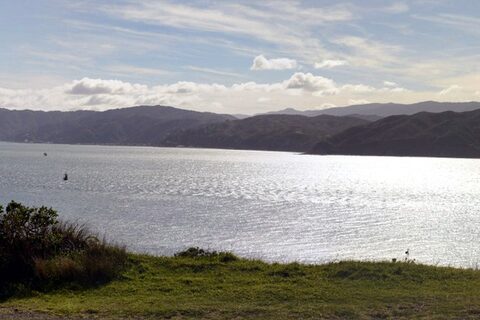 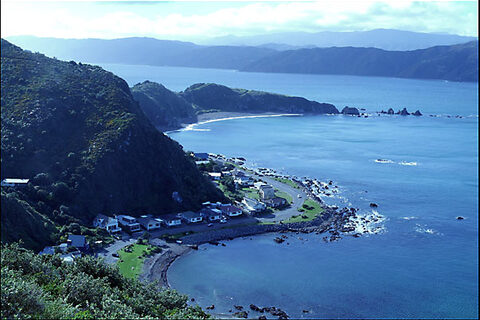 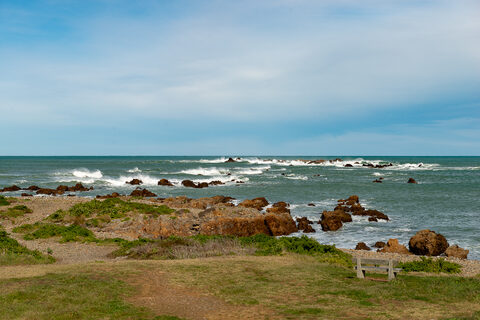 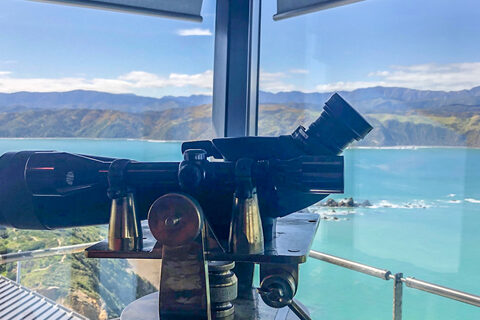 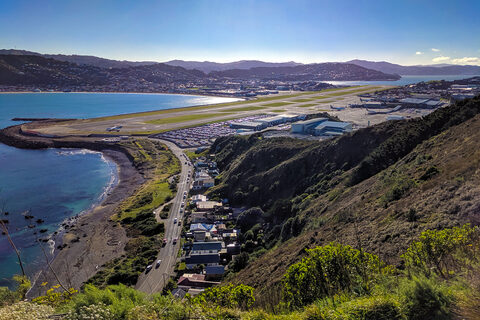