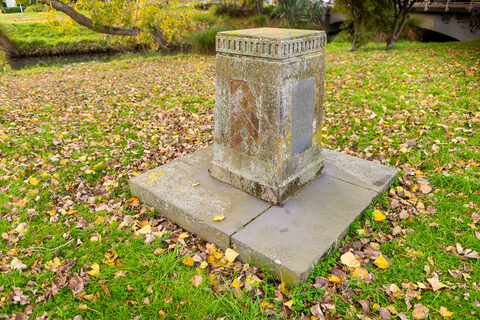 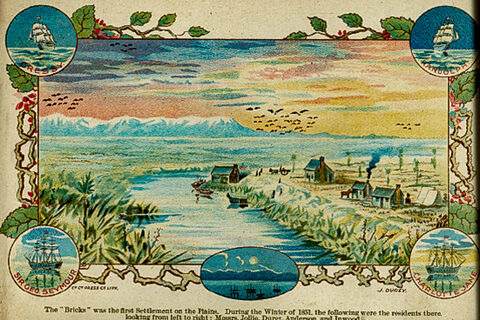 If Mesopotamia is the cradle of civilisation, 'The Bricks' is the birthplace of Christchurch.

This squat stone bollard on the banks of the Avon marks the very spot where the Ngai Tahu and English settlers first did business, in the 1850s. Directly across the river was Tautahi Pa, a temporary resting place for food gathering expeditions by Maori of Banks Peninsula. Their chief was named Te Potiki Tautahi. He died on one of these food gathering trips and is buried nearby in a plot which became St Luke's.

With settlers landing in Lyttleton harbour, the Bridle Path over the Port Hills was the road to Christchurch, but necessity prompted a search for waterways to bring their supplies into the fledgling city, by borrowed whaleboat. The Avon river was chosen, and this point was where they constructed a basic wharf to enable unloading. The name 'The Bricks' simply references the building materials which were unloaded here. It turned out that the Heathcote river was a more effective transport route, and logistics moved over that way in the 1860s. Meantime, Christchurch founding fathers the Deans brothers, had brought some of their necessities into town.

Dialogue took place and trading was done with the Ngai Tahu across the river. But Tautahi Pa was not permanent, especially when land hungry settlers were around and Victoria Square soon became the centre of trade for the new city.

The monument at Brick Wharf or "The Bricks" was unveiled in 1926. The account from 'The Press'is highly descriptive but the monument itself is underwhelming, knee high and does not go very far towards signifying the depth of history at this place. 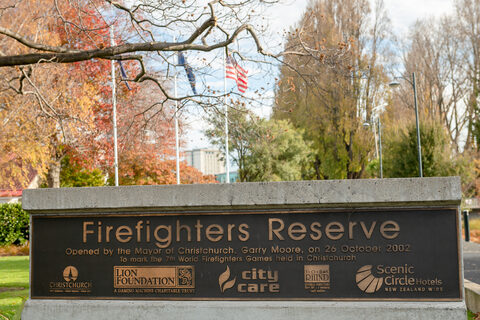