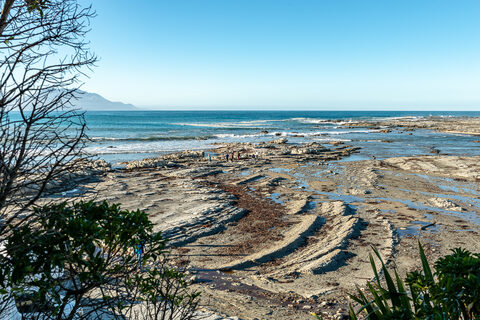 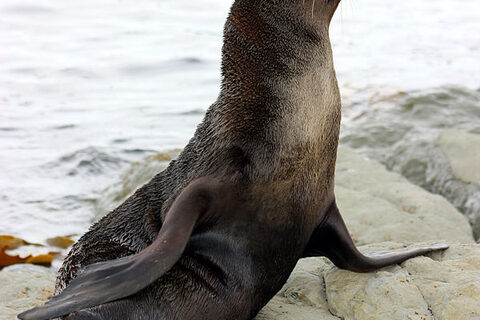 Point Kean, with it's waka shaped lookout, is on the Kaikoura Peninsula Walkway, but lots of visitors also drive here (via Fyffe Quay). Primarily a viewing point for the resident seal colony, it used to be that this was a good place to explore rock pools and go snorkelling, now it is also famed for the impressive impressions of coastal uplift left following the earthquake of 2016.

"Without leaving the carpark, you can look out over the tidal platforms or reefs and see seals basking in the sun. For a closer look, walk over the rocks to view them. Visitors are required to keep 10 metres distance between them and the seals for the protection of both.
The number of seals at the colony depends on the season. In winter, the peninsula is the haul-out or resting place for immature males. In late spring, females and bull males arrive for the mating season."

It may also be possible to spot penguins, albatross and other seabirds at Point Kean. Please listen to our audioguide to learn more. Hungry explorers might like to eat at the kai shack here known as Kaikoura Seafood BBQ. 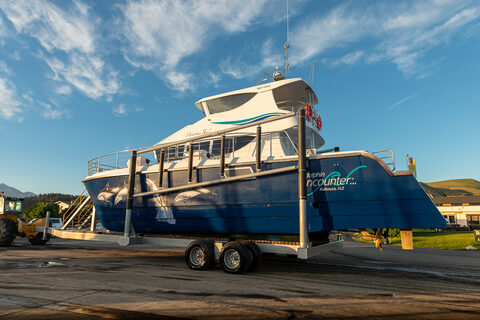 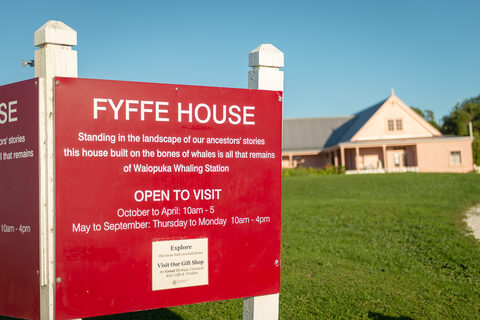 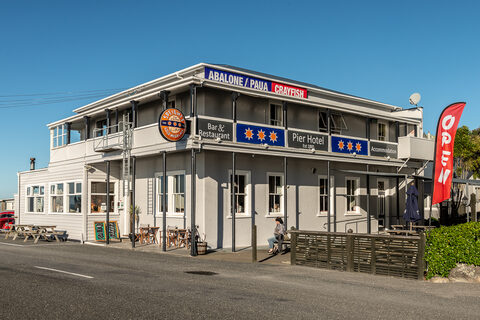 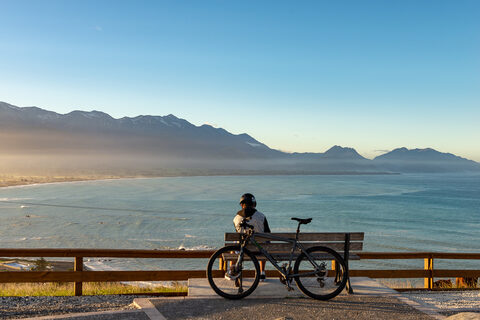