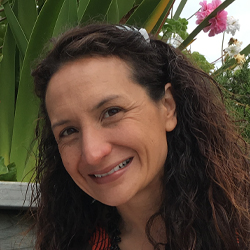 Disc golf is played much like traditional golf. Instead of a ball and clubs, however, players use a flying disc, or Frisbee® The sport was formalized in the 1970's, and shares with "ball golf" the object of completing each hole in the fewest number of strokes (or, in the case of disc golf, fewest number of throws).

A golf disc is thrown from a tee area to a target which is the "hole". the hole can be one of a number of disc golf targets; the most common is called a Pole Hole® - an elevated metal basket. As a player progresses down the fairway, he or she must make each consecutive shot from the spot where the previous throw has landed.

The trees, shrubs, and terrain changes located in and around the fairways provide challenging obstacles for the golfer. Finally, the "putt" lands in the basket and the hole is completed. Disc golf shares the same joys and frustrations of traditional golf, whether it's sinking a long putt or hitting a tree halfway down the fairway.

There are few differences, though. Disc golf rarely requires a greens fee, you probably won't need to rent a cart and you never get stuck with a bad "tee time." It is designed to be enjoyed by people of all ages, male and female, regardless of economic status.

**Who Plays Disc Golf? **Disc golf can be played from school age to old age, making it the one of the greatest lifetime fitness sports available. Specially-abled and disabled participate, giving them the opportunity to take part in a mainstream activity. Because disc golf is so easy to learn, no one is excluded.

Where do I play? The struggle to get permanent courses in New Zealand's main cities and towns is forever ongoing, but some town and city parks have golf courses already set up. All are free to play as often as you like. Disc golfers who do not have the benefit of a permanent disc golf facility in their area often make up object courses in nearby parks and green spaces.

One of the great features disc golf shares with traditional golf is that they are both played in beautiful settings. A nine-hole disc golf course can be established on as little as two hectares of land, and a championship-caliber 18-hole course on 12 to 16 hectares. Disc golf courses can coexist with existing park facilities and activity areas. The ideal location combines wooded and open terrains, and a variety of topographical change.

The need for more courses is constant, as the sport continues to grow in popularity

DESCRIPTION OF ANGLES OF THROW

DRIVES A successful drive is all about maximum power with control. It's a fact that the harder you throw the less control you'll have, so if it's a narrow fairway with danger either side .. ease back on power and concentrate on accuracy.

DRIVE - BACKHAND This is by far the most used throw from the tee in disc golf. To get the most out of your backhand drive use your whole body, from your toes to your fingertips. Step into your throw, bring the disc from as far back as you can and make sure that the disc leaves your hand at exactly the same angle as you intend it to fly. Often players have the leading edge too high, which is like throwing with the hand break on, or start their throw with the disc held too high, creating an 'air bounce' effect, your shot will never reach its full potential like this.

DRIVE/APPROACH - SIDEARM (FLICK) To be a truly good golfer get a handle on the 'flick'. When you've got a drive or an upshot that has to fade to the opposite direction to your backhand this is the shot. Most golfers only use a sidearm if they really have to and because they don't have to that often, never really get too proficient with it. A good sidearm throw is all about the 'flick'. The release is not at the full extension of the arm as in a backhand, but pretty much directly in front of the body. If you've thrown nothing but backhand for a long time it will hurt, so take it easy to begin with. This type of throw is trademark Taumarunui - all the blokes there were shown the sport by Pete Boyle who throws an incredibly accurate sidearm. These guys are amzing to watch in a tournie - the power, the accuracy, the grace, the kauri-sized legs...

PUTTING There are many different putting styles.. It's a matter of finding the putt that suits you best and sticking to it. It's not uncommon for a golfer to putt one way up to a certain distance and another from further out. For best results I suggest you have a putting ritual, go through the same process every time you putt (unless it involves sculling whiskey), visualize it then send it on its way, and remember if you don't see it going in … it probably won't. The trick to successful putting is confidence.

PUTTING - STANDARD PUTT This is the putt most Disc Golfers use. Front foot on the mark step back with the other, make sure you're balanced and your feet are well planted. Visualize your putt, rock back then forward to release to give some power to the shot, remembering to put some spin on the disc.

PUTTING - STRADDLE PUTT One foot on the mark the other out to the side [left or right] normally dictated by the terrain or what you feel most comfortable with. This putt is good for when your lie is obstructed by an obstacle and getting slightly out to one side or the other will help. Outside of 10 metres you can get more power by following through.

This information is courtesy of discgolf.co.nz