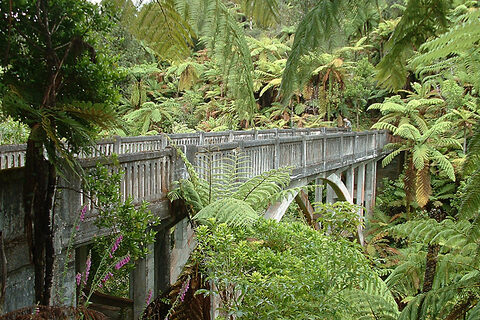 This fascinating structure in the Mangapurua Valley was built in 1936. It provided access for settlers from the valley to the Whanganui River for a few years before the venture was abandoned. Regenerating bush covered the track in this remote area. The Bridge to Nowhere can only be reached by river, a three-day walk or by mountain bike.

**Bridge to the ‘valley of abandoned dreams’
**Although land and resources were fast running out, frontier New Zealand was still being developed between the wars. Public enterprise fell on its face about the same time with its soldier resettlement programmes. After World War I, the government had promised a land fit for heroes, but the Reform government’s generosity seldom matched its platitudinous patriotism. Rewi Alley wrote feelingly about his struggle in rural Taranaki and the 40 families who took up land in the isolated Mangapurua Valley inland of Wanganui were let down even more cruelly. They began optimistically enough. Their 450-hectare farms had to be hacked out of steep, virgin bush in one of the last large-scale pioneering efforts in New Zealand history. They set up a school in an abandoned house in 1926 but the presence of that house merely underlined the problem. New Zealand’s brief postwar recovery collapsed sharply in 1921 and the rest of the decade was bumpy. Prices fell, yields dropped and the high rainfall washed out bridges and sent unstable rock crashing down onto the road. At first the settlers had relied on river steamers but after the road was metalled it became their outlet to the railhead at Raetihi. In vain they struggled to patch the road while appealing for a concrete bridge to replace their timber suspension one. With almost fictional irony, by the time that contractors Sandford and Brown handed the expensive, permanent bridge over in June 1936, most of the soldier families had walked off their land. Just three families were holding out in 1942 when heavy rain wrecked the road. The Public Works Department refused to restore it and in May 1942 Cabinet ordered the remaining settlers out, compensating them with £250 per family. They trudged out wearily and sadly, leaving the bush to reassert itself. Hunters and trampers had ‘the valley of abandoned dreams’ to themselves until 1986 when the government added the valley to the new Whanganui National Park. By then weeds were growing thick on the decking of the bridge, which had acquired iconographic status with the ever-increasing number of park users. In 1995 the ‘bridge to nowhere’, as it had become known, was repaired to serve a new public. 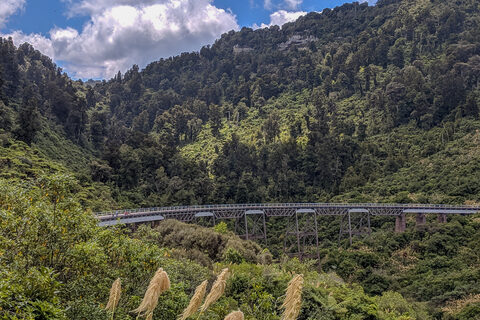 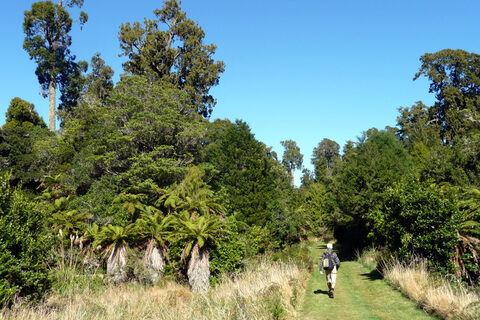 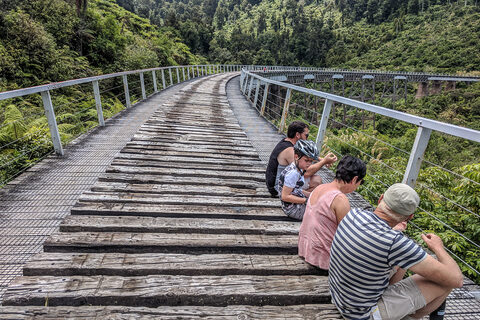 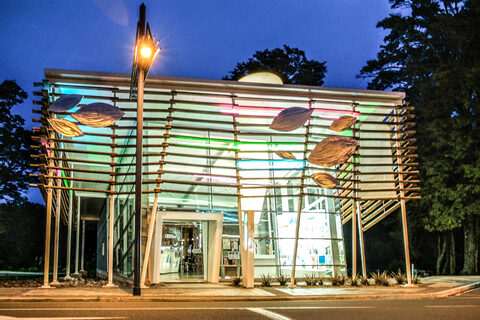